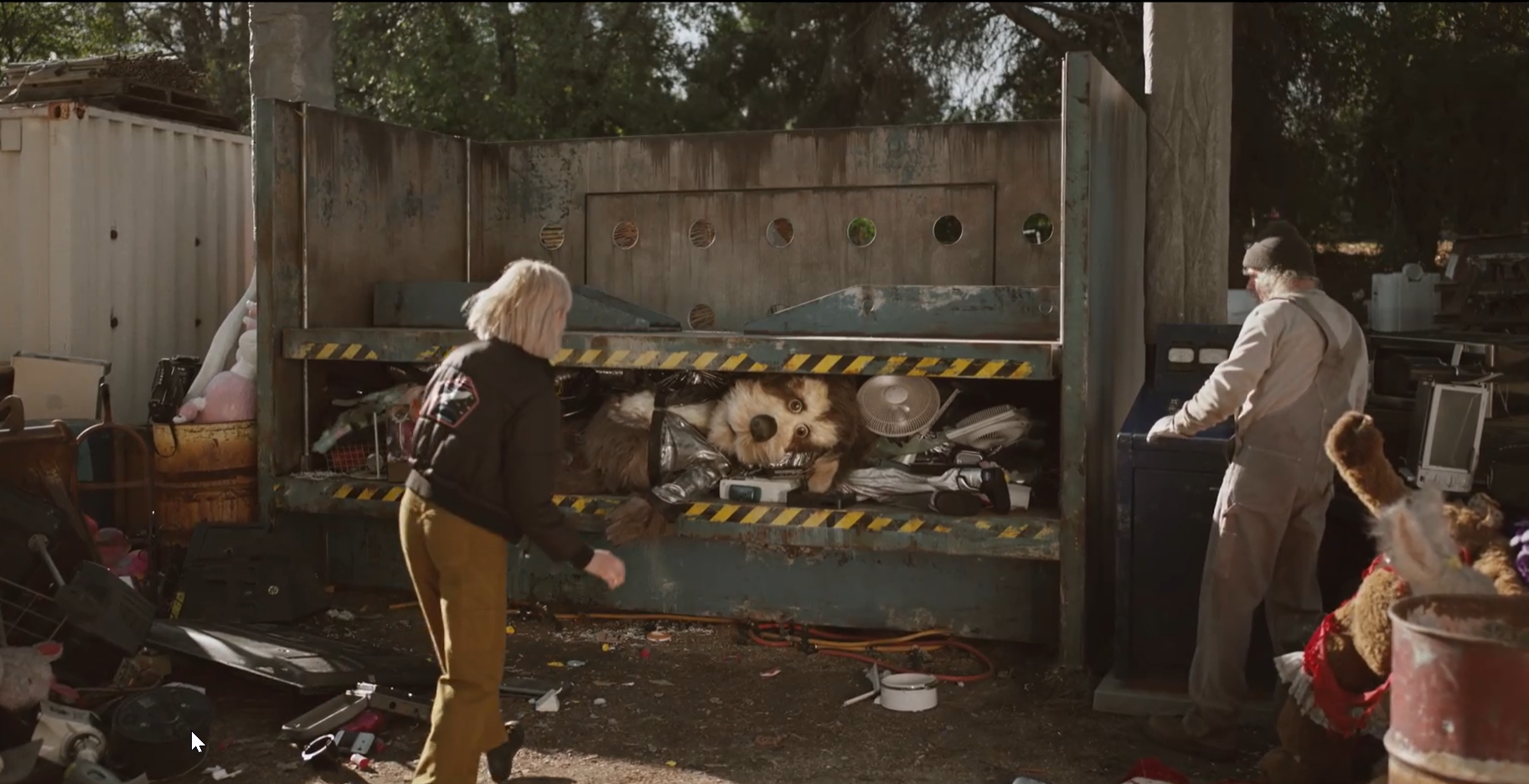 Facebook’s new Superbowl ad for the Metaverse misses the mark on my cognitive branding scorecard. The 60-sec spot opens with a with an animatronic band rocking the audience to “Don’t You Forget About Me” in a fictional pizza-and-games restaurant called Questy’s. Then suddenly the lights go out, the audience disappears, the restaurant closes forever, and the band members are toast.

In the event the enormity of the situation was lost on you, the lead performer, a shaggy hound named “Harry” is shown being unceremoniously being carted off in a garbage truck and dumped by the side of the road, but only after being shown in a variety of humiliating situations.

But wait, there is Metaverse to save the day. Harry then is shown wearing VR googles, bumbling around in Metaverse where he is able to happily re-unite with his long-lost band members.

So, what’s wrong with this happy story! Plenty!

Cognitive science teaches us that when you show negative situations in your ads, people tend to shut down subconsciously and not process the information in order to not feel bad unnecessarily. This kind of an ad will turn people off right at the opening. Don't know about you, but I usually close my eyes when those ads about cruelly abused animals show on the ASPCA commercials.

More importantly, cognitive science tells us that when positioning your brand, be aware that consumers perceive not just the story you want to tell them, but also the one their own brain hears. When was the last time you heard a car salesman’s pitch without having any of your own thoughts? Right, never!

When I watched this ad, my brain was reminded of all the restaurants, like Questy’s, in my city, Chicago, that have had to shutter during COVID-19 times. There are weekly pleas for help from artists that have been displaced and waiters who have lost their jobs. They are going through unimaginably difficult times to maintain a livelihood.

But Facebook says now you can wear VR googles, live in the Metaverse and sing and dance with your friends and be happy?

Facebook has already taken flak for being “tone deaf” on peoples’ privacy issues and telling them instead to be grateful that they have a wonderful platform for connecting with everybody. Do they really need another ad that can be seen as not understanding the gravity of the situation for people’s whose restaurants are closing and jobs being decimated?

Marketers also have to remember that people don’t always catch every microsecond of your commercials. Afterall, there is lots going on around them. If you miss the few seconds of the Meta Ad which talk about the closing of the restaurant, the ad can inadvertently seem like it is talking about live performers being replaced by metaverse performers. Not good either!

Finally, is it really a big idea that people can get together on the Metaverse in a world where Zoom is alive and well? Wouldn’t it have been better to show the band actually being able to play on the Metaverse and make money or get in front of a new and bigger audience without spending the first half of the Ad trashing real world businesses?

Maybe I’m off. You decide. Watch the ad here.

All brands are cognitive brands. You must understand how peoples’ brain will process your messaging before you go live with a $13 million ad.

I talk a lot about that and more in my book "Branding Between the Ears," available at online stores worldwide.